Twig Rings, Delicately Crafted By the Hand of Mother Nature

On a blustery autumn day, here in Victoria, BC, the leaves had just started to turn colour. Inspired by the bursting palette of burnt siennas, ochres, and veridians, I decided to stroll through Beacon Hill Park in search of “the perfect branch” to create these enchanted wedding, engagement, and right hand rings.

I began by collecting all sorts of branches from various trees.

At first I didn’t really know what I was looking for. Then, the more branches I collected I realized I need uniform portions that would be the same thickness all around, for approximately two inches. I was also looking for interesting knobby bits where other branches or buds had broken off. So far the Oak trees had the branches that really caught my attention. They were gnarly with a deep bark texture.

After collecting for hours, I chose twenty five of my favourite branches, then delivered these for casting. During this casting procedure the original branches are moulded into an investment, which then goes through a burnout process in a kiln. After being baked for several hours at varying temperatures all that is left is an empty cavity, where the branches were, to inject molten metal into. 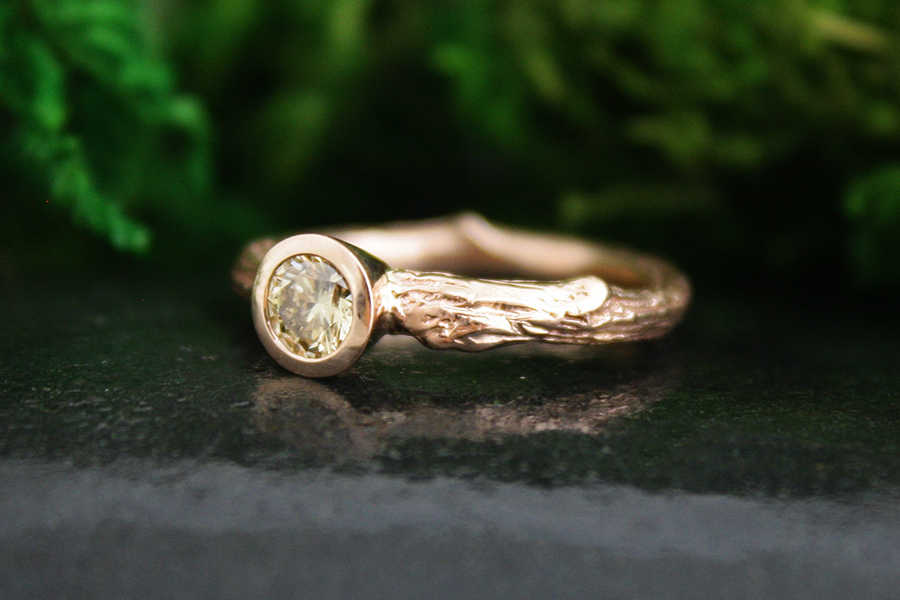 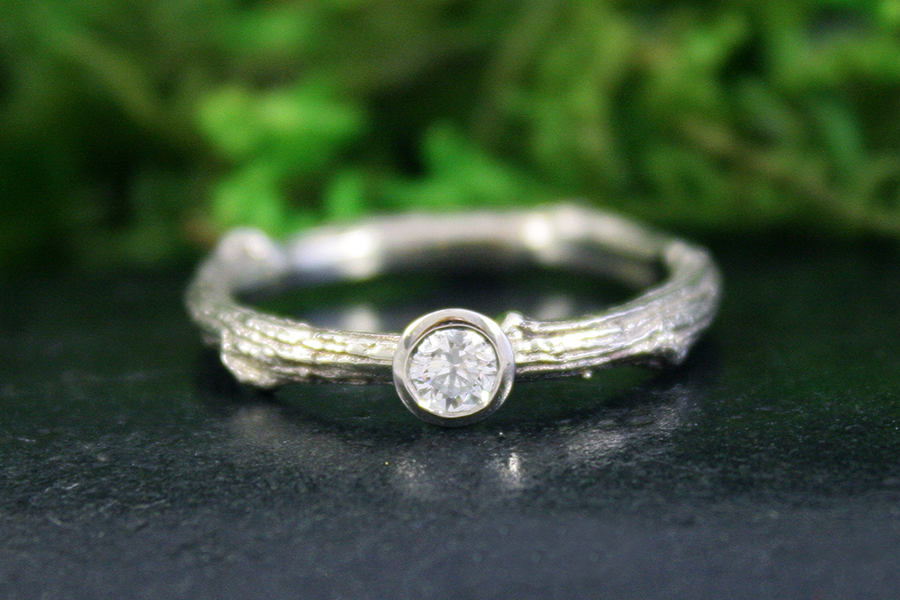 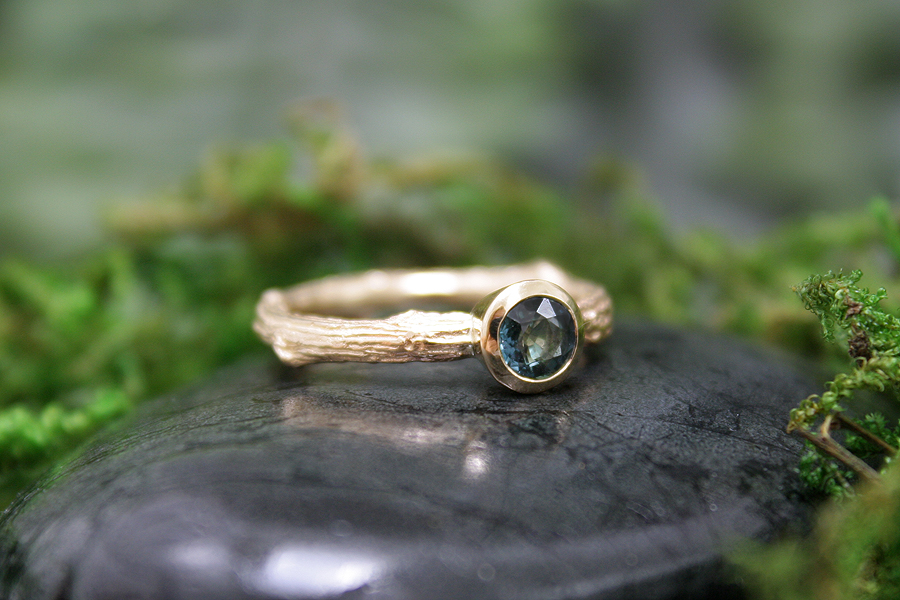 Once cast I cut the branches into segments of 1.5-2 inches in length. I then hammered these around a ring mandrel, then soldered the end points together. I filed and sanded the texture away from the inside of the rings so they would be soft on the skin. After making 6 rings in total I then found my favourite two out of these, a thick and a thin version. A rubber mould was made around these so I could reproduce the rings. The stone setting is hand built and soldered into each new branch ring I create.

The whole project of creating my Enchanted Oak Branch Rings took approximately several weekends of gathering branches, then about two months afterwards for the whole casting and moulding process. A true hunting, gathering and labour of love project!

Contact Me to begin the process of creating your own version of the Enchanted Oak Branch Ring! 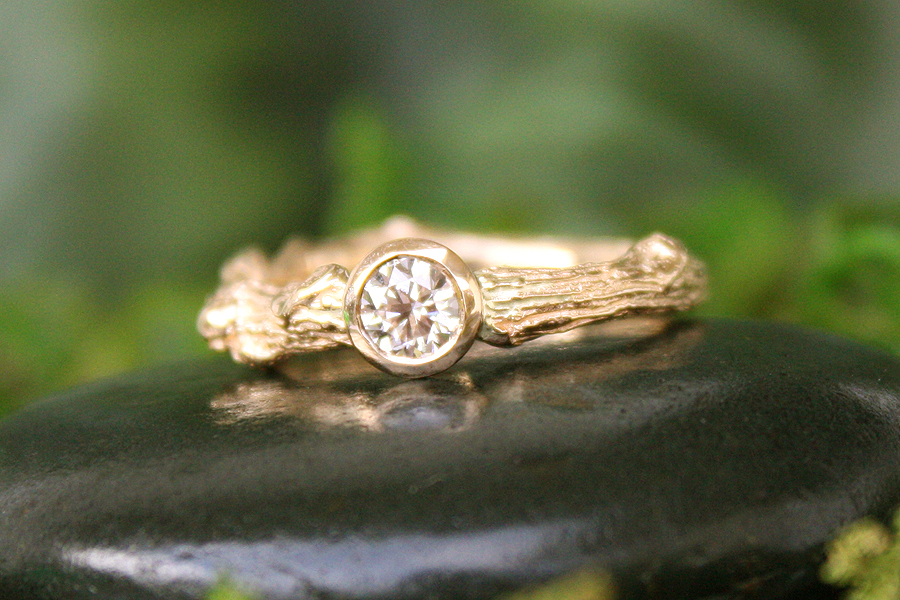 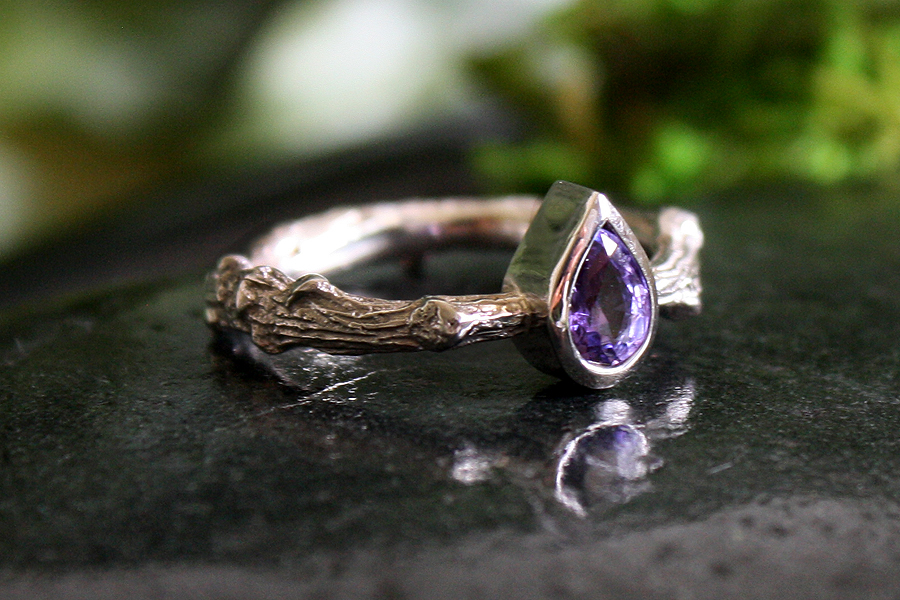 You have been successfully entered into the draw! 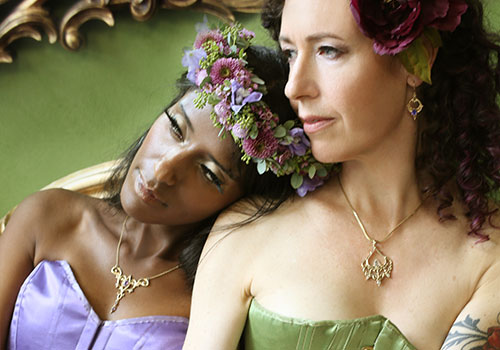 Dive into the luxurious world of Melissa Caron

You have been successfully subscribed.